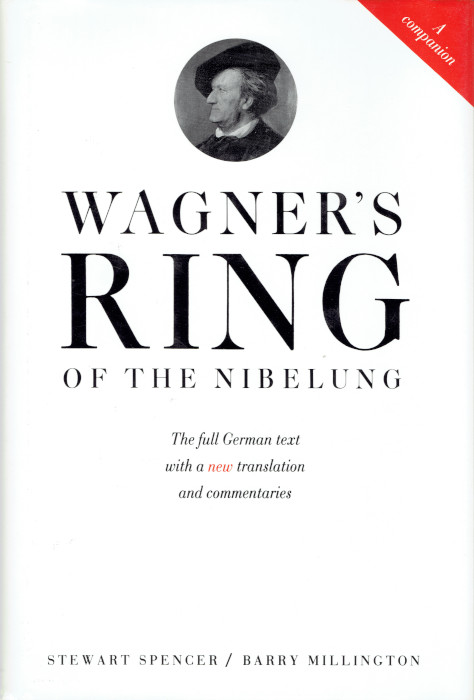 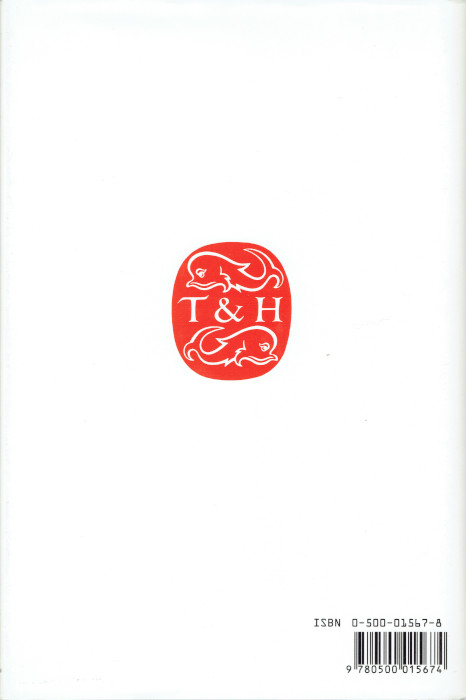 ‘Or Strike at Me Now as I Strangle thy Knee’:  11
a note on the text and translation
STEWART SPENCER

‘What shall we do for a Ring?’  25
BARRY MILLINGTON

In pursuit of the purely human: the ‘Ring’ and its medieval sources  29
ELIZABETH MAGEE

Epiphany and apocalypse in the ‘Ring’  41
ROGER HOLLINRAKE

‘The World belongs to Alberich!’
Wagner’s changing attitude towards the ‘Ring’ WARREN DARCY  48

Appendix: rejected versions 352
Notes on the translation 364
Glossary of names 373
Bibliography 376
The ‘Ring’ on compact disc and video 382
Sources of illustrations 383
The contributors 384

WAGNER’S RING OF THE NIBELUNG A Companion

Stewart Spencer, Barry Millington and others

There has long been a need for a new English translation of the text of Wagner’s Ring — a modem version that would be reliable and readable yet at the same time a true reflection of the literary quality of the German libretto. As Wagner himself emphasized, his words and music form an indissoluble unity, neither fully comprehensible without the other.

Stewart Spencer is ideally qualified for such a task. An authority on German literature with wide experience as a translator, he is also a lifelong devotee of Wagner and an editor of the journal of the Wagner Society. His Selected Letters of Richard Wagner (with Barry Millington, 1987) was described by The Sunday Times as ‘the most important piece of Wagnerian scholarship to have emerged from Britain in the 20th century’. The poem of The Ring bristles with diffi­culties, not only of interpretation but of appropriate rendering into English. Spencer’s version, which exactly follows the verse form of the original, reads smoothly and idiomatically, yet is the result of prolonged thought and deep background knowledge. He also contributes an introductory essay on the libretto.

Further essays by specialists have been expressly commissioned to accompany the translation. Barry Millington analyses the cycle’s musical structure, explains its principal leitmotifs and discusses its staging. Roger Hollinrake writes on its philo­sophical implications, Elizabeth Magee on its medieval sources, and Warren Darcy on Wagner’s own changing attitude to its meaning. There is also a glossary of names, a review of audio and video recordings currendy available, a select bibliography and eight pages of pictures.

Armed with this essential complement to Wagner’s great epic, the newcomer can approach it without fear of being mystified, while for those already under its spell there are new ideas, up-to-date research and fresh insights.

With 16 illustrations
On the jacket:
Portrait of Wagner by Franz von Lenbach, 1871 (d

Stewart Spencer taught medieval German language and literature at London University before devoting himself to writing. He was co-editor, with Barry Millington, of Selected Letters of Richard Wagner (1987) and Wagner in Performance (1992).

Barry Millington is author of the highly acclaimed Master Musicians: Wagner (1984), described by one reviewer as ‘an account of the composer’s life and career which is as close to the truth as we are currently able to get’ and by the then Controller, Music, at the BBC as ‘absolutely masterly’; and editor of The Wagner Compendium (1992), ‘an excellent resume… a feast of erudition’ (Literary Review), also published by Thames and Hudson. He contributes regularly to many periodicals, including The Times and Opera magazine. Roger Hollinrake studied at Cambridge, Harvard, Oxford and Heidelberg Universities, and at the Royal College of Music. He has made a study of music and philosophy and has written widely on Wagner and Nietzsche. He now teaches in Oxford. Dr Elizabeth Magee is the author of Richard Wagner and the Nibelungs (1990) and regularly writes articles on Wagner. She studied in Vienna and now lectures in Durham. Warren Darcy is Professor of Music Theory at Oberlin College, Ohio. Among his many publications is Wagner’s “Das Rheingold’: Its Genesis and Structure (1993).

OTHER TITLES OF INTEREST

If you would like to receive details of our new and forthcoming titles, please send your name and address to

With the unprecedented explosion in the popularity of opera in recent years and an increase in scholarly interest in the libretto as a genre there has come a need for reliable editions of the texts in question. Of no opera is this more true than Wagner’s Der Ring des Nibelungen, a work described by Gerhart Hauptmann as ‘perhaps the most mystifying work of art of the last few thousand years’ (Hauptmann 1942: XVII,307). The present volume is an attempt at partial demystification and, to that end, offers an authoritative edition of the German text, a literal translation of the poem and a series of introductory essays designed to complement one another and to throw light on the musical, philosophical and literary background of the work as well as on its performance and recording history.

Surprisingly, perhaps, no reliable edition of Wagner’s libretto exists. The edition which the composer himself superintended in the early 1870s and which was published in volumes 5 and 6 of his Collected Writings cannot be regarded as his final word on the subject. Not only was he still working on the musical setting of the words (the full score of Gotterddmmerung was not completed until after these volumes had already appeared), he was evidently reluctant to introduce changes to the earlier parts of the poem lest they reveal chinks in the theoretically indissoluble unity of words and music which had been an article of Wagnerian faith at the time of the work’s conception. In consequence, any modern editor has to take a number of critical decisions in establishing a working text. The present editor decided to use the layout of the Collected Writings and, perhaps more controversially, to retain Wagner’s 19th-century orthography, since it seemed to him that this is as integral a part of the text as the grammatical and semantic archaisms which it contains and that there is no logical reason why Nothung should be modernized as Notung, while frug is left as frug rather than altered to fragte. The wording of the poem was then revised in the light of the full score,* so that the text reflects what the reader might expect to hear in the opera house or on record. Where the variants of the full score seem questionable, a note has been included to that effect. The stage-directions are those which appear in the full score. (In keeping with Anglo-American theatrical usage, Wagner’s ‘stage right’ becomes ‘stage left’ in the translation.)

The translation aims to be as literal as possible. Total literalness is undesirable if one wants to avoid the ‘Go and bite your bottom, son of a silly person’ school of translating (Chapman and others 1977:10). Equally, English and German differ in a number of important respects: German, for example, can happily use adjectives as nouns, and although generations of opera-goers have made do with (for example) ‘Stop, you greedy one’, the present translator preferred something less literal and more idiomatic. Furthermore, it was hoped that, by means of a judicious choice of words and sentence structure, something of the poetic flavour of Wagner’s original could be recaptured, so that, even if they disagree with Thomas Mann’s dictum that ‘it has always seemed to me absurd to question Wagner’s poetic gifts’ (Mann 1985: 190), audiences unfamiliar with German may none the less be able to appreciate why Mann felt able to advance this claim.

Neither the annotation nor the bibliography is intended to be comprehensive: they are merely designed to draw attention to problematical aspects of the work and invite the reader to study the work in greater depth.

The translator is grateful to all the contributors — Warren Darcy, Roger Hollinrake, Elizabeth Magee and Barry Millington – for their authoritative essays and would like to record his particular indebtedness to Barry Millington for coediting the volume and for rescuing him from some of his more risible attempts to outdo Alfred Forman’s pioneering translation of the poem.

*In the case of Die Walkiire and Siegfried the first editions of 1874 and 1875 respectively were used. For Das Rheingold and Gotterddmmerung the new critical editions of Egon Voss and Hartmut Fladt, published as part of the ongoing Samtliche Werke (Mainz 1970-), were preferred. Most of the vocal and full scores in circulation contain variant readings, but the present edition makes no attempt to take account of all these later aberrations.